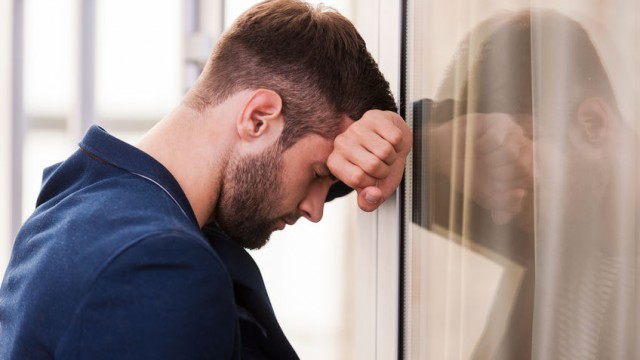 Depression is a serious condition that affects as many as 1 in every 8 Australian men, but many men will not seek help for their depression, for a variety of reasons. Some men may see depression as a weakness, while others may not even realize they are depressed because their depression doesn’t look like what they expect. Let’s talk about how depression affects men and how to treat it effectively.

Symptoms of Depression in Men

Feeling sad or down, especially in the face of loss and setbacks, is normal and not the same thing as depression. Depression is typically described as intense feelings of despair or hopelessness that interfere with ability to enjoy pleasurable activities.

Where depressed women often feel sad, weepy, anxious, or scared, men are more likely to become irritable, suspicious, restless, or agitated. Women who are depressed tend to seek out activities that make them feel better, such as comfort foods and spending time with friends. Men are more likely to try to escape those feelings with television, sports, or sex.

Men often find it difficult to discuss their feelings and tend to focus more on physical symptoms of depression. These include unexplained pain, headaches, insomnia, and sexual difficulties. This can make diagnosing and treating the underlying depression difficult. As a result, depressed men are four times more likely to attempt suicide than depressed women. If you are a man suffering from unexplained symptoms, it’s important to find someone you can talk openly with about how you’re feeling emotionally, as well.

There are as many depression triggers as there are people who suffer from depression. Some of these include stressful situations, relationship difficulties, failure to achieve goals, job loss, financial difficulties, health issues, attempting to quit smoking or some other negative habit, overwhelming responsibility, retirement, loss of independence, loss of a loved one, and more.

Any man can experience depression, even without any discernable trigger, but there are a few risk factors that can make some men more susceptible to depression. Risk factors include lack of emotional support, lack of effective coping skills, history of alcoholism or addiction, childhood abuse or trauma, isolation, and poor nutrition.

In many cases, depression is treated with medication. While this is effective for many people, medication can come with unwanted side effects and does little to change how the ways the brain works so as to alleviate depression long term. Neurofeedback retrains the brain over a period of time to regulate itself more effectively and efficiently. Many patients with depression have been able to taper off of antidepressant medication as their brains have learned to work differently.

Patients receiving neurofeedback sit comfortably while sensors detect brainwaves. The brainwaves are analysed and sends the information back to the patient in the form of audiovisual feedback. In the early days of neurofeedback, the patient would be instructed to listen for beeps, or to watch simple animations. Technology has advanced now so that the patient can watch a movie or play a videogame that stops in response to undesirable brainwaves, and starts when the desired brainwave is detected, reinforcing the desired activity. Over a period of time, the brain learns new ways of functioning, reducing or eliminating the need for antidepressant medication.