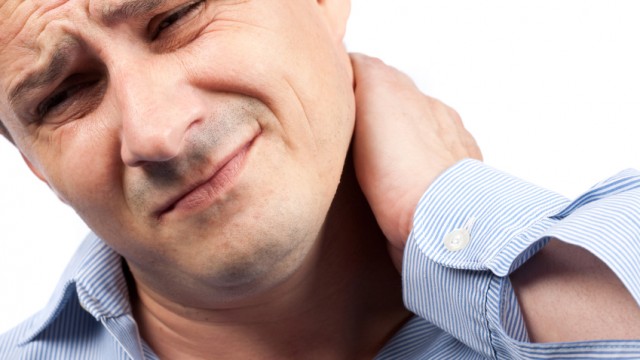 Whiplash is a colloquial term for CAD or Cervical acceleration-deceleration describing the effects of sudden external forces on the neck and upper trunk exerting a whiplash-like effect.  Generally, whiplash injury is associated with motor vehicle accidents, but not limited to neck injuries.

The existence of headrest, seat belt and airbag protection have decreased the incidence of severe accidents in recent years.  However, some survivors of motor vehicle accidents report a persistent chronic scapular and cervical pain, vertigo and dizziness, as well as headache, which are all symptoms of whiplash injury.

Dr. Robert Harold Crowe was the first person to coin the term whiplash at a conference in 1928.  The concept later appeared in a medical publication in 1945 although there wasn’t any scientific evidence yet.  The pathophysiology of whiplash and its correlation with other related disorders, especially cervical vertigo and dizziness is poorly understood by the public due to limited reviews and scientific research.

Whiplash is commonly short-lived, but reports show that most people suffer chronic effects.  Although common injury occurs to a person’s neck, brainstem injury without any direct damage to the victim’s neck or head, and sprain or overstretched ligaments has been reported. Whiplash is not at all a life threatening injury, but it may lead to chronic symptoms that include:

Dizziness is often associated with whiplash as a result of flexion-extension injury.  The journal ‘Spine’ published a study in 1997 reported that whiplash patients had deficits in head and neck positioning accuracy.  Another study by ‘European Spine Journal’ in 1996 reported that for some whiplash patients, changes in blood flow patterns through the vertebral arteries feeding into the brainstem may have resulted in dizziness.

In the past, the exact cause of whiplash injuries is unknown but with high speed cameras and crash dummies used in recent studies, the association of dizziness and whiplash can now be explained.

When a body is subjected to an auto collision causing trauma to the neck, proprioceptors is disrupted which causes dizziness.  To help the body maintain postural balance, Postural Control System takes information from the eyes, inner ear, and proprioceptors in the neck.  This fact allows experts to conclude that injury to the cervical spine can cause dizziness. All the while, otoliths (calcareous particles found in the inner ear) develop a violent momentum that dislodges the semicircular canals and though the car or the body stops from moving, the moving sensation still lingers causing a sensation of spinning and confusion of the PCS.

The impulsive stretching of the spine on a vehicular accident can make the head snap forward and then back again. When the ligament is stretched or tears, blood vessels in the neck can be damaged upsetting the normal blood flow and therefore cause dizziness.

Purports of chronic dizziness following whiplash injury are clearly correlated.  Different factors play in the lingering difficulties of dizziness which stems from a number of sources.  It is a possible consequence of the acceleration-deceleration mechanism of injury whether or not there is a direct impact to the head.  However, very high acceleration-deceleration forces can result to more dispersed contusions even in the deeper structures of the brain, and damage to the cervical spine which further results to chronic symptoms associated with whiplash injury.

Whiplash can result in concussions which in turn can cause substantial impairments.  When a brain receives trauma from a violet impact, blood vessels in the brain may stretch and cranial nerves may be damaged.  Consequently, a person may experience a brief loss of consciousness, or may feel dazed if remained conscious.  Direct blows to the head can result to skull fracture, bleeding, or swelling and worse, brain damage and this may not show up on a CAT scan.  Dizziness is a result of damage to specific receptors in the neck and its chronic effect may be an indicator of a poor prognosis.  An early rehabilitation or intervention after a neck injury should be highly considered so as to prevent the transition of ordinary dizziness from acute to chronic state.